What are the advantages of smart fitness equipment over traditional equipment?

In order to improve their personal image and better adapt to the pressure and rhythm of the workplace, busy office workers have strong fitness needs, but many people can't spare time to go to the gym.

To solve this problem, with the development of mobile Internet, many home smart fitness equipment have been spawned. Among them, spinning bikes are the largest category. Compared with traditional exercise bikes, smart exercise bikes are more popular. No matter from modeling, riding experience or even interactive experience, intelligent exercise bikes have their own unique features!

So what's the difference between an exercise bike and a spinning bike? 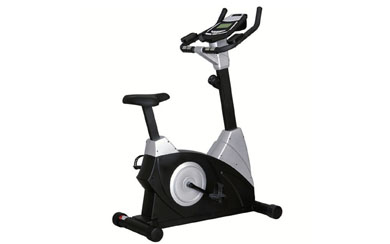 Dynamic bikes can be understood as "indoor stationary bicycles", which are very similar in appearance to ordinary bicycles, and exercise bikes have evolved more thoroughly. The differences between the two are mainly as follows:

Fitness spinning bikes mostly use the physical method of friction between the brake pad and the flywheel to provide resistance, and control the size by adjusting the tension between the two. The exercise bike is electromagnetic resistance and needs to be powered (a few models are self-generating structures). The resistance adjustment is more controllable and delicate than a dynamic bike.

The spinning bike's flywheel leaks out, and the flywheel can be seen during use. The exercise bike has a wrapped design, which is relatively safer.

The backrest design of the horizontal exercise bike can provide support for the user's back and waist. The backrest pedaling exercise mainly exercises the muscles of the back of the thighs and hips, and is suitable for middle-aged and elderly people or people with inconvenience during rehabilitation.

How to effectively thin the waist to build abdominal muscles?

Anyone has abdominal muscles. It is invisible because they are covered by fat. Control of caloric intake and whole body exercise can make the abdominal muscles "exposed". It should be pointed out that there is no such thing as partial weight loss, that is, there is no exercise method that only reduces abdominal fat. Generally speaking, when the energy expenditure of the human body is greater than the energy intake, our weight will drop.

If you still don't understand, you can also get a deep understanding through the recumbent bike manufacturer.

Previous: How Can Running Not Hurt Your Knees?

Next: Do You Know The Dangers Of Fitness?