Do You Know the Correct Usage of the Battle Rope?

Battle Rope is a kind of equipment that is often used in the gym, and it will get better slimming effect. So it is very popular among everyone, but it is also very tired to do it. Have you ever done this training? 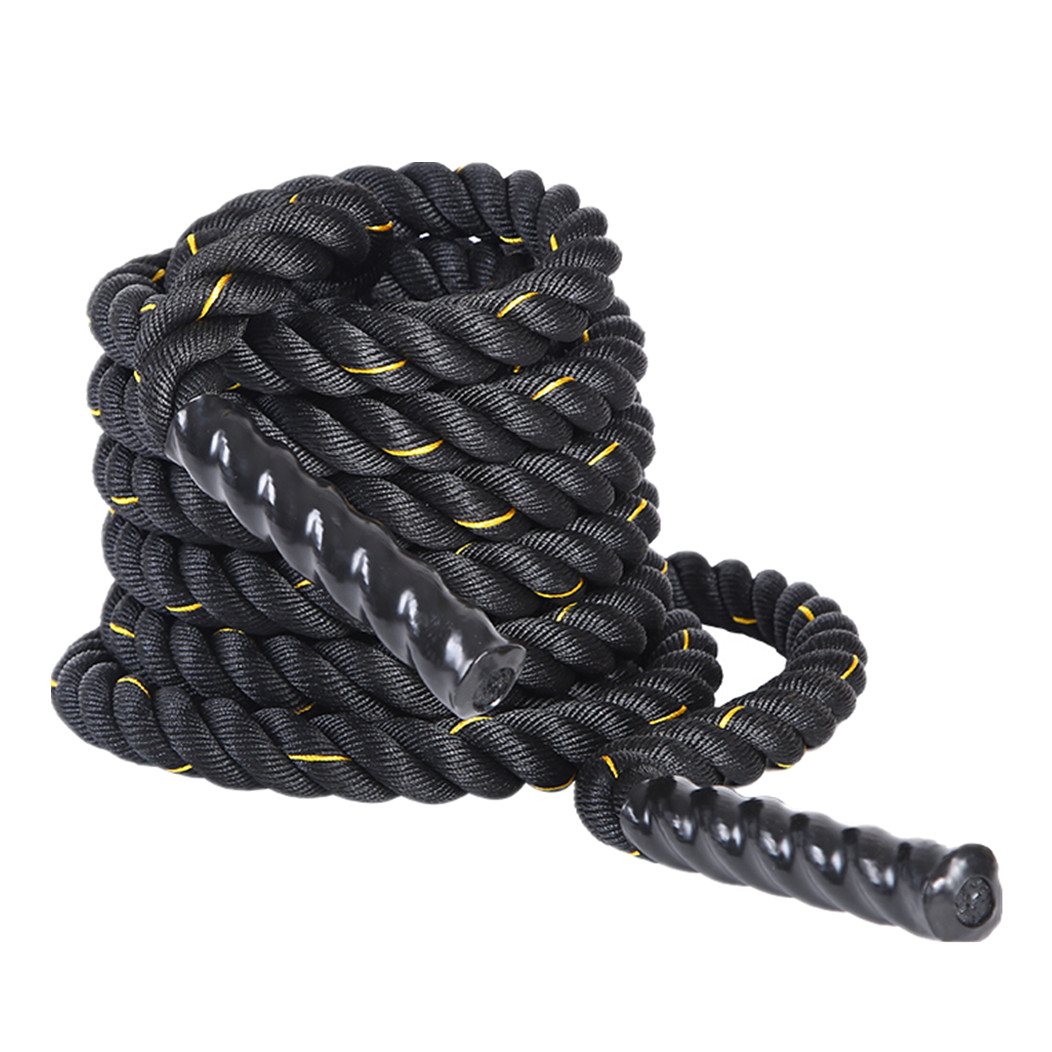 Although the benefits of this training method are very comprehensive, but because the load is too high, it will not be used often. Because he body can't stand it. But even if it is used as an auxiliary training, we can also get the exercise effect very well. Of course, we need to adopt a more correct method. As a professional Gym Equipment Manufacturer, we’d like to talk about the following correct use of the battle rope.

First, you should practice from the lightest and thinner battle rope.

Just like we choose Hexagon Dumbbell to do the curling, we need to start from the smallest load when we first practice. So for the battle rope, we need to do it from the lightest and the thinest. Then, after being proficient in the correct action, gradually increase the load.

Then if you only have one battle rope, you can control the length to a shorter range, so that you can also reduce the load, and then learn the correct movement in this state, so that you can feel the body more easily and master the essentials.

Second, there must be a stable stance.

The main thing to do this training is to stabilize yourself and fight against the resistance brought by the rope, thus forcing your muscles to exert strength. Therefore, in order to complete the training better and better, we must first learn to stand in a stable position. What is this stance?

Generally, the feet are opened, and you need stand in the half-squatting posture so that your thighs and the ground are almost parallel, and the upper body is kept upright. At the same time, the chest and the abdomen are kept tight, so that sufficient strength can be given. Let the battle rope circle out in the air.

Third, keep in mind that this is an auxiliary exercise.

If you train the battle rope as the main content of your training, it will not only make you tired, but also cause the back movements to be incorrect, and it will easily cause the consequences of over training. So we must keep in mind that this is only one auxiliary exercises.

If you want to rely on the huge consumption of the battle rope to make the body get fat-reducing effect quickly, then you must prepare for failure, because the body will not buy it at all, so huge consumption is not suitable. Used to reduce our lipid content, so we still have to do more aerobic.

Next: Can treadmill walking lose weight? How about weight loss?